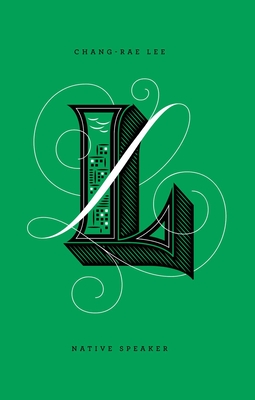 Native Speaker is a story about a detective. It is also a wise and compassionate novel about the immigrant experience, about love, loyalty and the languages that define us. Read More

Native Speaker is a story about a detective. It is also a wise and compassionate novel about the immigrant experience, about love, loyalty and the languages that define us. Read Less

All Editions of Native Speaker

On Such a Full Sea

A Novel Of Immigrant Experience

Chang-Rae Lee wrote his first novel, "Native Speaker", which describes the experience of a young Korean man in New York City at the age of 28. The protagonist, Henry Park, is the son of immigrants. His mother died while Henry was young and Henry's father has risen to wealth through difficult work in the ownership of small groceries in the poorer sections of New York City. The family is Christian but of a Confucian background. Henry throughout has much more difficulty expressing emotions and feelings than most Westerners. Henry marries a well-to-do and beautiful white woman, Leila. They have a son, Mitt, who tragically dies. Henry and Leila have difficulty in their marriage arising from, among other things, different cultural expectations, Henry's job, and the death of their son.

Henry, the prototypical outsider, works as a spy for a private investigative agency whose clients or missions are never fully defined in the novel. Henry seems to get over-involved with the people whose lives he infiltrates. He became close to a Phillipino psychiatrist who offered Henry, through friendship and therapy, insights into Henry's life. But most of the novel involves Henry's relationship with another individual on whom he spies: a Korean New York City politician named John Kwang who has aspirations to run for mayor.

The book describes the life of Korean immigrants and the difficult culture shock of living in a new land. Lee also describes well the vibrant and continuously varied life of New York City, with its diversity, as seen by his protagonist. I thought the overriding metaphor of the book, the immigrant as outsider and spy, was pat and unconvincing. It was too deriviative of Elison's "Invisible Man" and Lee never convincingly explains how Henry becomes a spy or why his experience as a spy should, somehow, be regarded as representative of the Korean immigrant experience. The book includes some lovely lyrically written passages, some perceptive scenes (those involving the psychiatrist, for example) and some chilling scenes of the modus operandi of the spying operation. But much of this novel is padded and written in a routine prose. I frequently grew impatient with it.

Henry Park has a torn, ambivalent attitude towards the United States based upon the difficulties of his life. What stayed with me in the book was the speaker's love for this country, frequently expressed lyrically. For example:

"Americans, one of them would say, are a wonderful and exuberant people. They dance, they play-fight, they puff up their lips and blow out their chests. they enjoy using their hands. They seem to live always at a football match". p. 340

"Still I love it here. I love these streets lined with big American sedans and livery cars and vans. I love the early morning storefronts opening up one by one, shopkeepers talking as they crank their awnings down. ... I follow the strolling Saturday families of brightly wrapped Hindus and then the black-clad Hasidim, and step into all the old churches that were once German and then Korean and are now Vietnamese. And I love the brief Queens sunlight at the end of the day, the warm lamp always reaching though the westward tops of that magnificent city." p.346

"Native Speaker" is a good book. It takes a hard look at the difficulties young Asians may face in the United States. The most moving and compelling part of the story remains, for me, the hope and love it expresses for our country and its promise.

Henry Park, a Korean American, works for a spy agency and collects information on immigrant Koreans. Throughout the book, he works toward comfort with his Korean and American identities. He is aware that he speaks impeccable English and is slowly finding Korean difficult to understand. His next mission is to collect information on John Kwang, a local politician, also Korean American, who seems to be capable of uniting the various immigrant communities in New York City.

I thought the book was wonderful. One problem I had was that I didn't understand a plot twist when it occurred. I don't want to explain because it would ruin the book, but I thought it could have been explained in a more revealing and less confusing way. However, Lee's prose is impeccable. It makes me a bit jealous. Here is a man who, I'm assuming, grew up in a bilingual household with broken English spoken around him, but he writes in English better than I ever could. I have high respect for that.

I see this book as becoming one of the most respected pieces of American literature to come out of the 1990s. America is really becoming a nation full of immigrant literature, and I think this is the next big genre of American lit: serious American works on the roles and identities of immigrants in America. We are no longer a nation of white people reading works by white people.