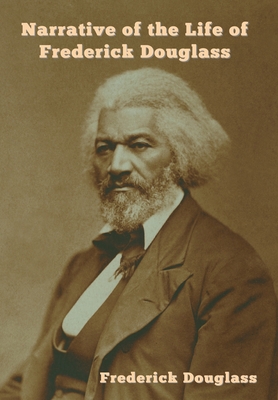 Narrative of the Life of Frederick Douglass

"Following a stirring preface by William Lloyd Garrison (who, nearly 20 years after he first met Douglass, would himself lead the black troops fighting from the North in the Civil War), the not-yet-30-year-old author recounts his life's story, showing effective and evocative use of language as well as unflinchingly examining many aspects of the Peculiar Institution of American Slavery." --amazon.com Read More

"Following a stirring preface by William Lloyd Garrison (who, nearly 20 years after he first met Douglass, would himself lead the black troops fighting from the North in the Civil War), the not-yet-30-year-old author recounts his life's story, showing effective and evocative use of language as well as unflinchingly examining many aspects of the Peculiar Institution of American Slavery." --amazon.com Read Less

All Editions of Narrative of the Life of Frederick Douglass

My Bondage and My Freedom

Narrative of the Life of Frederick Douglass: An American Slave

Narrative of the Life of Frederick Douglass, an American Slave

The Autobiography of Benjamin Franklin

Incidents in the Life of a Slave Girl

Douglass' narrative is one of the most important texts in American History. Everyone should read this to understand that Literacy is important, that studying reading and writing just for the sake of reading and writing isn't enough. Reading and writing can transform our lives, open doors of opportunity for everyone. But we need to read and write for real-world purposes. Douglass reminds us of this.

This was an inexpensive and excellent copy of Douglass' narrative.

This book is an excellent work. The former slave Frederick Douglass narrates his life story and shows us emotionally the cruelty of the slavery in America and turns effectively the reader into an abolitionist. The hatred in me, built by the narrative of the life of Frederick Douglass, grew bigger and bigger against the slaveholders and was intensified by his writing abilities. During the narrative, you can feel every single whip on your own back and the pain when a relationship was broken by the slaveholders.
Frederick Douglass was born as a slave and should die as a slave. But the thought to be a slave the whole life build in him the rebellious man. Already in childhood Frederick Douglass experienced the barbarity and cruelty of the slaveholder. They treated slaves as animals, worse than animals. Frederick Douglass cleared me up, how the situation for an American slave was in the era of slavery.
Sold to another master to avoid unnecessary burden for the other slave, Frederick Douglass met the first kind and human white woman. All of the other white people were so cruel and bad that this woman, his mistress, made him feel good. She taught him reading and writing, but her husband destroyed this relation between them. The white people knew that those abilities could make the slaves clearing up the situation. They would protest against the slavery and rope in other slaves. Frederick Douglass already learned to read and so, the little abolitionist in him was born.
The time went on and Frederick Douglass was sold many times, was whipped many times, and experienced the barbarity on his own body. He met the most barbarous slaveholder, his Master Reverent Covey, called a nigger-breaker. While Frederick lived by Master Covey, he taught other slaves reading and writing to inspire in them the abolitionists. Together with them his first effort to escape failed and Frederick was separated from them. He was declared for unmanageable. Again by his kind mistress he experienced a breath of freedom. And like the adage says, when you give someone a finger, he takes the whole hand, Frederick Douglass soon escaped successful to the free north and met other former slaves and joined the anti-slavery society.
Frederick Douglass reached his freedom. But he didn´t give up fighting against the slavery. With many speeches in big audiences, Frederick Douglass tried to help his brothers in the south who are living still in slavery. In my opinion, with this book he did a big step against the slavery. He persuaded me successfully and made me hate the slavery. Like Frederick, I asked myself why these slaveholders are called Christians. They prayed and whipped at the same time. This doesn´t make sense. They shouldn´t be allowed to be called Christians.
So, this great book from such a great man is one full of hatred, feelings and historic events. This is the only book which made me feel so intensively during the reading. Frederick Douglass earned my respect!

Did you read this in school? Sometimes a classic narrative gets missed. Don't miss this one. Douglass chose his surname after his escape from slavery. He did not know his birth date nor his father. He was separated from his mother as a baby, according to the customs of slavery. With a small start from a friendly mistress (who was herself later corrupted by slave ownership), he taught himself to read and write. He could not teach himself the skill of vibrant narrative--that was God-given--and he had it in abundance. It is a gift to us. No one misses the culture of slavery, but to feel oneself living within it as Douglass enables one to do, is a wrenching and vastly instructive experience. At the core of slavery lies an unyielding disregard for the dignity of both the one demeaned and the one demeaning. Can we be exercising this disregard in less extreme but still toxic ways?

A masterpiece of Human Endurance

By all accounts, this is one of the most important books regarding our American Heritage. Although not easy to read, and frequently wrenching and saddening, it tells the story of a man who rose form the most miserable beginnings to become the first authentic leader of African-Americans in the United States. His salvation and liberation was essentially 'literacy', the aquiring of which, was of great fear to the slaveowner.
Perhaps every american ought to read this book.
A true classic.