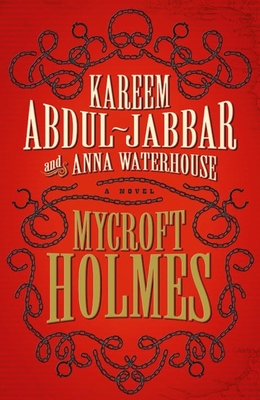 Set in England and Trinidad, the story centers on Mycroft, a recent university graduate working for the British Secretary of State for War. Mycroft learns from his best friend of troubling events occurring in Trinidad - mysterious disappearances, dead children and strange, backward facing footprints in the sand. Mycroft goes to Trinidad to investigate and to follow his fiancee, Georgiana, who was raised on the island. Sherlock has a cameo as a King's College student. Read More

Set in England and Trinidad, the story centers on Mycroft, a recent university graduate working for the British Secretary of State for War. Mycroft learns from his best friend of troubling events occurring in Trinidad - mysterious disappearances, dead children and strange, backward facing footprints in the sand. Mycroft goes to Trinidad to investigate and to follow his fiancee, Georgiana, who was raised on the island. Sherlock has a cameo as a King's College student. Read Less

All Editions of Mycroft Holmes

Coach Wooden and Me: Our 50-Year Friendship on and Off the Court

What Color Is My World?: The Lost History of African-American Inventors

Becoming Kareem: Growing Up on and Off the Court

Everything I Never Told You

Dark Money: The Hidden History of the Billionaires Behind the Rise of the Radical Right

Oh please...Sherlock's brother Mycroft is a naive gullible fool? Well, that explains the fall of the British Empire. The book would have been fine if the lead had been some other chaps brother. But with a novel entitled Mycroft some readers would have expected a more nuanced approach. Of course, Mycroft was young once but to have his leading lady be less then Irene Adler and to act like a fumbling puppy. Not true to the Conan Doyle creation. What a huge disappointment!

If you want something far more credible and downright fun - try M.J.Carter's, "The Strangler Vine" Yoicks, what an adventure -

A new view of a younger Mycroft Holmes

This book tells of an adventure of Mycroft Holmes during his early years of Service to The Crown. It presents fans of Sherlock Holmes with a new vision of Mycroft and Sherlock at a time in their lives that we have not seen before. Mycroft is young and idealistic, hoping that he will prove worthy of the trust put in him by the Government and Crown he feels represent the world of order and civilization. Sherlock is young, surly and impatient, straining to find an outlet for his energy and talents.

The story unfolds as an increasingly complex mystery. Readers are introduced to Mycroft who is engaged to the daughter of a Trinidad Plantation owner attending college in London. One of Mycroft's friends is a half-caste black East-Indian from Trinidad who works at a Tobacco shop. This friend tells Mycroft of a recurrence of attacks on children in Trinidad by supernatural Lougarou, giant mosquito-like creatures who suck the blood from children. Word of this reaches Mycroft's fiancée and she becomes determined to return home to deal with the situation, so Mycroft informs his superior of "tensions" in Trinidad and maneuvers him into sending Mycroft to investigate.

Mycroft and his Trinidadian friend, acting as Mycroft's manservant, catch the first boat for Trinidad and the mysteries begin. Mycroft's fiancée is not on board the only boat heading to Port of Spain. As the mystery becomes more complex, so also does the world Mycroft has entered. The "black" Trinidad Mycroft anticipated becomes, first "yellow" with the addition of a growing Chinese community and then "brown" with the burgeoning East Indian population. Add European "financiers" and Southern American "investors" and the pot becomes more and more confusing. This Mycroft is fully as astute as will be his later younger brother, but he is far less accustomed to giving explanations of his inferences. His companion has to rein Mycroft in frequently in order to demand explanations of things Mycroft feels are obvious.

The world in which this tale occurs is odd to 21st Century readers. China is recovering from the Opium Wars and trying to gain her footing after being raped by European business interests. Japan is undergoing the fall of the Samurai Bakafu warlords to the Meiji Restoration and the United States is recuperating from the American Civil war. This is the time of the rise of the Ku Klux Klan and the Carpetbaggers with ten years yet to go before the Gunfight at the OK Corral. In Europe, it is "business as usual" in the post-Napoleonic world. The Nobility continue to oppress and rob the peasants and France is the major Continental Power. England sees the rise of Prussia as an antidote to French arrogance and Russia slumbers in the face of growing protests by everyone. Italy and Germany are dreams of the next Century while Turkey dominates the Balkans.

This is the stage setting for a mystery that deepens and deepens as we watch while characters shift and fade and transform. It becomes a question of who is conning whom and all the while, Mycroft suffers and observes. In the end, we see a more familiar Mycroft and "justice" triumphs, but the cost is high and the future remains in doubt. This is a well-written and intriguing mystery with very few "Americanisms" and better grammar than I, a confirmed nitpicker, can write. It was a very pleasant surprise, a real sleeper.