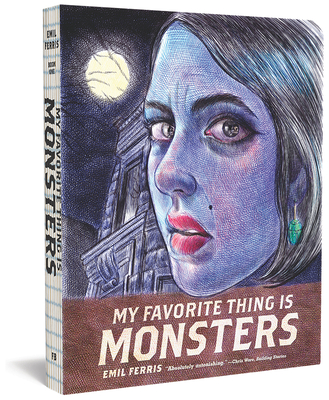 My Favorite Thing is Monsters

The Complete Maus: A Survivor's Tale

Set in Chicago, in the late 60s, this dazzling, graphic novel, is presented as a fictional diary, written by a ten year old named Karen. She has a devout adoration for monsters and envisions herself as a female werewolf, or were-girl, if you will. After a neighbor dies, mysteriously, Karen decided to do some sleuthing herself and finds herself navigating some dark, twisty, places, confronting the drug world, freaks and the Holocaust.
I would rather not divulge any more details but I will start hurling a few more superlatives- This is a powerhouse work, written and illustrated, with depth, beauty and horror. An unsettling creepshow that would make Robert Crumb shudder.
Yes, it is early in the year but I would be hard pressed to think, I will read a better GN in 2017. As an added bonus, this is only part one...wolfish grin.