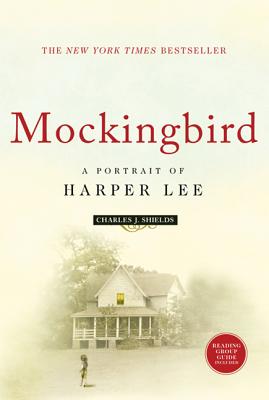 Mockingbird: A Portrait of Harper Lee

After years of research, Shields has brought to life the warmhearted, high-spirited, and occasionally hardheaded woman who created two of American literatures most unforgettable characters--Atticus Finch and his daughter, Scout. Read More

After years of research, Shields has brought to life the warmhearted, high-spirited, and occasionally hardheaded woman who created two of American literatures most unforgettable characters--Atticus Finch and his daughter, Scout. Read Less

All Editions of Mockingbird: A Portrait of Harper Lee

And So It Goes: Kurt Vonnegut: A Life

I Am Scout: The Biography of Harper Lee

Mockingbird: A Portrait of Harper Lee: Revised and Updated

I Am Scout: The Biography of Harper Lee

Harper Lee's 1961 Pulitzer Prize winning novel, To Kill a Mockingbird, has prevailed as a beloved work of classic American literature since its publication in 1960; in which it remained on the New York Times Best Seller List for over fourty weeks. Initial reviews praised Harper Lee's "prose" that enabled her to depict a Depression era, racially biased issue. Her story is both told and seen from the view point of "Scout," aged six to eight years old. While she brings closure to the story when young "Scout" gains understanding of the characters "Tom" and "Boo" by making the statement, "Well, it'd be sort of like shootin' a mockingbird, wouldn't it?" ... She left reader's everywhere with a mystery. Our beloved Harper Lee. What happened? Mr. Shields has given us some information. I am grateful to him and Ms. Harper Lee for what I know.

The story behind the classic

Not only does Charles Shields do a magnificent job of introducing many of us to the mysterious woman behind the Mockingbird he also gives us exciting glimpses of her friendship and collaboration with Truman Capote.This wonderful biography with its compelling figures reads like a novel , yet at the same time the author has not forgotten that he is writing about real people. Nell Harper fiercely guarded her privacy and never had another novel published; Mr. Shields seeks to answer those among other questions while providing us with an excellent read.

Harper and Capote ...a love/hate relationship

Remember how magical you felt reading "to Kill a Mockingbird". How you wanted to explore the town, spy on the neighbors and hang out with the lead character? Well, this book let's you meet and experience Harper Lee and Truman Capote in real life! Those two grew up together and Ms. Lee used their childhood personalities as lead characters in her Pulitzer Prize winning novel. Boy, was Truman jealous... Read about these two complicated but delightful adults. See, you CAN go home again!