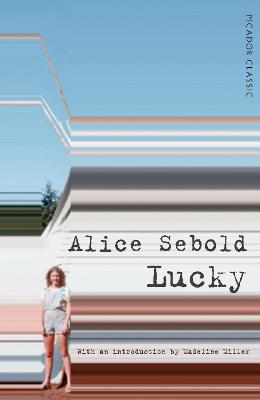 In Lucky, a memoir hailed for its searing candour and wit, Alice Sebold reveals how her life was utterly transformed when, as an eighteen-year-old college freshman, she was brutally raped and beaten in a park near campus. What propels this chronicle of her recovery is Sebold's indomitable spirit - as she struggles for understanding ('After telling the hard facts to anyone, from lover to friend, I have changed in their eyes'); as her dazed family and friends sometimes bungle their efforts to provide comfort and support; and ... Read More

In Lucky, a memoir hailed for its searing candour and wit, Alice Sebold reveals how her life was utterly transformed when, as an eighteen-year-old college freshman, she was brutally raped and beaten in a park near campus. What propels this chronicle of her recovery is Sebold's indomitable spirit - as she struggles for understanding ('After telling the hard facts to anyone, from lover to friend, I have changed in their eyes'); as her dazed family and friends sometimes bungle their efforts to provide comfort and support; and as, ultimately, she triumphs, managing through grit and coincidence to help secure her attacker's arrest and conviction. In a narrative by turns disturbing, thrilling, and inspiring, Alice Sebold illuminates the experience of trauma victims even as she imparts wisdom profoundly hard-won: 'You save yourself or you remain unsaved.' Read Less

All Editions of Lucky

On This Earth: Photographs from East Africa

A very good read I enjoyed it, not the sort of book that you must keep reading but it is a true story. I preferred her first book "The Lovely Bones"

This memoir by Alice Sebold of her brutal rape by a stranger, as a college freshman, was bold, and raw, and disturbing. It came highly recommended, but I kept putting off reading it, because I don't find violence, especially sexual violence, to be entertaining. I also didn't need another reason to worry about my daughter, who lives on campus.
I do see her purpose in writing it, though. For herself, first, so she could put it in perspective, and move on. It changed her life and all her relationships. People viewed her differently. She didn't just lose her virginity that night.
I think a secondary purpose is for those who read it. Rape is still such a taboo topic, and understandably so, but Sebold tells it like it is, from the event itself, to the arrest and trial, her family's response, and the after-effects, in order to show us what rape looks like, so we can better understand those who survive it.
I think her story is still unique, though, because she was raped by a stranger. The few women I personally know of, were raped by acquaintances. It's also rare to get a conviction.
It's called Lucky, because she was told by the police, that someone else who was raped in the same tunnel, was murdered and dismembered, so in comparison, she was Lucky.
It was well written, and even funny in places, but I can't give it more than three stars because I wouldn't say it was enjoyable to read.

In the tunnel where she was raped, a girl had once been murdered and dismembered; the police told this story to Alice Sebold and said that, in comparison, she was lucky. This book is an account of that rape and its aftermath, written with 'mordant wit and an eye for life's absurdities' and an unswerving commitment to truth that spares no one. Fans of Ms. Sebold's magical debut novel, The Lovely Bones, will find both comfort and surprise in Lucky. While they will recognize the voice of a brilliant writer they already know and love, they will find much more to explore in this memoir. Alice Sebold has created another compulsive page turner, and one cannot but be amazed and humbled at her tone; she has achieved what I always thought was impossible, and has crafted a volume that surpasses all restrictions imposed by journalism and autobiography. Lucky does not flinch from brutality and realism, and yet, it manages to offer moments of infinite tenderness and compassion.

Alice Sebold shows her exquisit awareness of self, both living and immortal in this thrillin memoir. She brings the emotions of her rape to life for her readers in a way that does not shy away from the unspeakable. Her mainpurpose is to show reality as it is and truely "speak the unspeakable". Therefore, this memoir makes us examine the things in our lives that hold us down and shame us because of societal taboos.

This
is a shockingly brutal story of the rape and beating of a young girl.
How the aftermath affected not only her, but her family and friends as
well. As Alice struggles to cope with life after this upheaval, creates
a book that is hard to set aside. The thing that made me angry and
saddened for her is how so many people behaved almost as though it was
her own fault. The opposing lawyers in the trial that followed treated
her in a very callous manner as did some of the police. Alice prevailed
and her attacker was sent to jail but her life was totally changed .