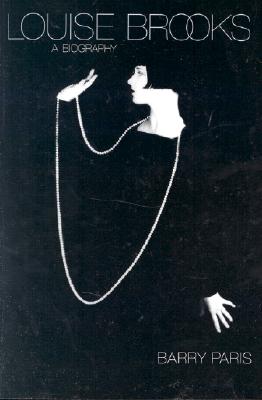 Dark Lover: The Life and Death of Rudolph Valentino

Louise Brooks: Portrait of an Anti-star

A long, thorough, well-researched and incredibly detailed biography of Louise's life. Especially beneficial for understanding the early years in film, the transformation from silent to sound, and the flapper days of the 20s.

Barry Paris meticulously recreates the life of famed silent-screen actress
Louise Brooks, who is remembered now for a handful of films and for
being one of the most beautiful yet self-destructive figures in
Hollywood history.
That said, this is not an easy book to read just because the woman was
so damned unhappy. But Paris faithfully and lovingly portrays Brooks as
a misguided spirit whose life just goes wrong. Paris shows us Brooks'
Kansas family and girlhood (she grew up on the same street in Cherryvale
as Vivian Vance), her forays into modern dance, Broadway, Hollywood,
European films, and her dismal return to Hollywood and eventual
oblivion.
Nurtured by a progressive mother Brooks pursues and career in dance and
lands a job at 15 touring with the Denishawn company. She became a
favorite of Ted Shawn and starred in many dance numbers with the
"father of modern dance." But Brooks was restless and chafed under the
tight rules of the Denishawn company. She left the company and headed
for Broadway where she had a short career as a showgirl before landing
small parts in films that were shot in Astoria and Long island. The
beautiful Brooks had no trouble getting larger parts and catching the
attention of Hollywood.
At Paramount Brooks was launched in a series of flashy supporting roles
in a number of hit films and finally seemed on the verge of stardom in
her own right. Important roles in BEGGARS OF LIFE and THE CANARY MURDER
CASE seemed sure to set Brooks on equal footing with Clara Bow, Joan
Crawford, and Colleen Moore. But talkies were about to take over
Hollywood and Brooks was already getting bored with filmmaking (and
chafing under the tight morality rules the studio set) so she bailed
and headed for Europe where she caught the eye of G.W. Pabst.
When Paramount called her back to reshoot scene in CANARY as a talkie,
she refused. Paramount cancelled her contract and she went to work for
Pabst in her most famous film, as Lulu in PANDORA'S BOX. The film
caused a sensation in Europe (but was little seen in the USA) and led
to other European films. When Brooks was ready to return to Hollywood
on her own terms, Hollywood turned its back. She landed a series of
small roles in B films and ended up in a few cheap Westerns. By the end
of the 30s she was all washed up.
Decades later Brooks was discovered working in a department store in
Rochester, NY. James Card, who worked at Eastman House, rescued the
aging Brooks and started her on a minor writing career. Brooks wrote
essays about "old Hollywood" and the people she had known. The
book LULU IN HOLLYWOOD caused a critical stir for its essays on the
likes of Humphrey Bogart, Greta Garbo, W.C. Fields, and Marion Davies.
But even in old age Brooks remained a nasty and unpredictable woman.
She eventually lashed out at Card as well as her doting bother, Ted.
The final scenes of the rediscovered Brooks (still in Rochester) and
her consistent inability to deal with success (or life) are heartbreaking. To the
end Brooks repulsed anyone who tried to get close to her.
Still, the cinematic image of Brooks and her enigmatic character of
Lulu remain Hollywood icons for the silent era. The Brooks biography is
a story about a woman out of control, a woman devoted to sex and booze
and drugs, and ultimately about a woman who threw away every golden
opportunity given her.
The story of Louise Brooks is as fascinating at it is tragic.