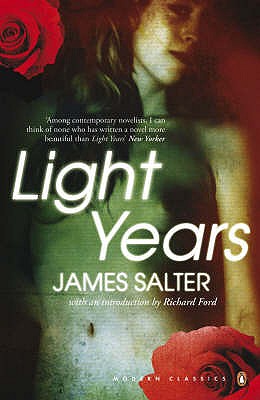 Viri and Nedra Berland live a gilded life in upstate New York. Their days revolve around leisurely dinners, ingenious games with their two daughters and long, sun-kissed spells by the water. Nedra, with her brilliant smile and air of mystery, is a magnet for their urbane friends from the city. Viri, imaginative and witty, is host and entertainer. Together they have created what seems to be the perfect life. But there are cracks in their marriage that, as the years roll by, become crevasses. It seems that, in testing the ... Read More

Viri and Nedra Berland live a gilded life in upstate New York. Their days revolve around leisurely dinners, ingenious games with their two daughters and long, sun-kissed spells by the water. Nedra, with her brilliant smile and air of mystery, is a magnet for their urbane friends from the city. Viri, imaginative and witty, is host and entertainer. Together they have created what seems to be the perfect life. But there are cracks in their marriage that, as the years roll by, become crevasses. It seems that, in testing the limits of their happiness, Nedra and Viri are compelled to destroy it. Seductive, elegant and full of shadows, Light Years is a twentieth-century classic, a portrait of marriage that is also an exquisitely resonant study of paradise lost. Read Less

All Editions of Light Years

A Sport and a Pastime

Life Is Meals: A Food Lover's Book of Days

Blood Meridian: Or the Evening Redness in the West

In prose that is incomparably lyrical and poetical, James Salter's novel "Light Years" (1975) tells the story of the deterioration of a marriage, of the nature of love and passion, and of the passage of time. Salter (b. 1926), a graduate of West Point and a former combat pilot, remains comparatively little-known among American writers. This book was my first exposure to his work.

The book spans a period of about twenty years, from 1958 through 1977. The United States changed a great deal during this time, as did the book's protagonists. Salter's story, however, is almost entirely internalized and gives little attention to social change. The major characters are Viri (Vladimir) and Nedra Berland. Viri is a competent and successful architect who is unhappy because he does not possess an even greater talent. Rather subtly, Salter also tells the reader that Viri is an assimilated Jew. His wife Nedra is beautiful and sociable with a strong streak of independence. She was born into a lower middle-class family and decided early in life to escape its clutches. The death of Nedra's father plays a significant role in the book. At the beginning of the story Nedra is 28 and Viri is 30. They have been married about 8 years and have two young daughters. They live in a lovely house on the Hudson River outside New York City with their many pets.

The story unfolds with great but highly selective attention to detail. Much emphasis is placed on the surface of things as the Berlands lavishly entertain their friends, serve the finest food and the omnipresent wine and alcohol, polish their silverware, and read biographies of famous people. The book has a strong feeling of place as the home on the Hudson River, the couple's summer vacation retreat in Amagansett, New York City, and, late in the book, Rome, are described with particularity. In the physical surroundings of life and in internal character, Salter juxtaposes the surface of things with, perhaps, a broader understanding. Although Nedra and Viri may seem to be compatible and happy, they are each deeply troubled and sundered. This seems to me the case even when the story begins. Nedra has a series of several lovers while Viri has one extra-marital relationship. Nedra becomes bored with what she comes to find the ordinary, passionless character of her marriage to Viri. Over the course of years, she decides to leave him. The couple finally divorce after their first trip to Europe. The divorce and rupture are described in tones on understatement with the absence of visible anger or bitterness.

Following the divorce, Salter describes the different lives of Nedra and Viri. Nedra is the stronger character. She relishes her independence, makes new friends, and has a series of short, torrid affairs on her own terms. Viri seems lonely and lost. He marries a young woman in Italy with uncertain results. At the end of the book, a cautious note of hope is sounded for Viri.

The book is made by its style. Salter's writing enhances the story he has to tell and, I thought, (some early readers of the book disagreed) is appropriate for his subject. The narration moves strikingly between third and first person -- in the latter case, the narrator speaks in his own voice as "I" and comments on the characters or the incidents which he describes. The writing is lyrical throughout, with short simple sentences punctuated on occasion by longer, florid, and syntactically difficult passages. The writing moves quickly from descriptions of the mundane to the reflective. Virtually every page of this book includes passages that are quotable and memorable for their beauty or for their insight. The book has aptly been compared to impressionistic or pointillistic painting. It does not have a plot in the traditional sense as characters move in and out of the story, and as actions shift according to circumstance, as they do in ordinary life. But the book hangs together.

In its subject, attitudes towards its characters, and in occasional explicit passages, Salter's book has an unmistakable secular tone. Salter tends to avoid assessing his characters or their behavior in terms of right and wrong, good and evil, and foreordained ethical standards. Rather, he tries to understand the behavior of Nedra and Veri, to avoid casting blame, and to view them compassionately. There were times when I thought of Spinoza or of Nietszche in reading the book. The theme of independence, especially for the female characters, is large. At least as important is the description of sexuality and passion and the ever-present tendency to derogate or downplay their importance in human relationships.

The book left me with a sense of sadness, evanescence, frailty and beauty. I enjoyed reading many of the comments of my fellow Amazon reviewers on this book. This novel will reward your reading.

I ordered this book because I had repeatedly stumbled on mentions of the author. He seemed to be a critic and author's author.

He is certainly good. His prose is more like poetry than that being written by anyone else I know of, and I don't mean "pretty" when I say like poetry. He does a lot of violence to the customary sentence syntax to create a prose impressionism.

This is a story of the joys, dissolution, and afterlife of a mid-20th century marriage between sophisticated, sympathetic adults with children, people who want more out of life than they get.

I think anyone who cares about the development of the novel in the 20th century will have to read this book, but for me it was pure joy.