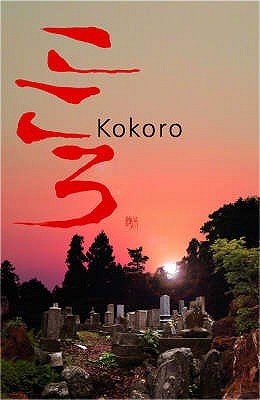 All Editions of Kokoro

I Am a Cat

To the Spring Equinox and Beyond

The Tale of Genji

The Temple of the Golden Pavilion

I Am a Cat

Kokoro means "heart" in Japanese. The book is about a young man and an educated older man who he looks up to. He calls him Sensei. Sensei is a quiet and reclusive man who we see interacting only with his wife and with the narrator. He visits an old grave of a friend regularly, this puzzles our narrator very much.

Part of the novel is set at the narrator's family home in the country, where he waits with quiet boredom. He has been told his father may die, and so he spends his time around the house.

The narrator ends up reading a long letter from Sensei in which we see him living in a house with a childhood friend who we know only as K. Many things transpire about Sensei and K, we gain insights into their characters through this part of the novel and we begin to understand Sensei's disposition and his secret.

The letter is probably for me the most interesting and eventful part of the novel.

It is a beautiful read, Soseki weaves the narrative in such a way the it meanders along gracefully. His descriptions of everything from the most mundane to the most fantastic are just breathtaking. I have learned from reading other Soseki novels that he is known for the beauty and fragility of the descriptions. This is certainly a beautiful book to read.,