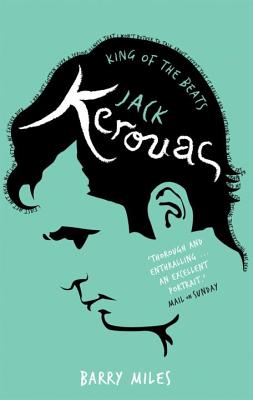 Jack Kerouac: King of the Beats

Drawing on Kerouac's close friendship and conversations with Ginsberg and Burroughs, the author offers provocative new insights into the world of the Beat Generation and its exuberant king. Read More

Drawing on Kerouac's close friendship and conversations with Ginsberg and Burroughs, the author offers provocative new insights into the world of the Beat Generation and its exuberant king. Read Less

All Editions of Jack Kerouac: King of the Beats

Paul McCartney: Many Years from Now

Off the Road: My Years with Cassady, Kerouac, and Ginsberg

John Lennon: In His Own Words

Barry Miles' "Jack Kerouac: King of the Beats" (1999) is part of an unceasing flow of writings about Kerouac and about the Beat movement which he helped to inspire. Miles's book is valuable because it explains why people continue to read Kerouac and the beats and also focuses on the limitations of the movement, I think, through discussion of Kerouac as a person.

Kerouac was first and foremost a writer. Miles' book emphasizes this. It discusses virtually each of Kerouac's major works, and minor works as well, in the context of his life -- when, precisely, they were written, what they are about, and where each book fits, in Miles's usually well-considered opinion, in Kerouac's work as a whole. Such writing is more the purview of literary criticism than biography but Miles does it well and it is needed in a consideration of Kerouac's life and work. He focuses on the spiritual side of the beats, their quarrel with conformity, materialism, and repressed sexuality, and their emphasis on feeling and the expression of feeling. Miles properly places Kerouac in the romantic tradition of literature and within American Romanticism in particular as a follower, most immediately, of Thomas Wolfe.

Miles does not spare Kerouac the man, in a discussion that should discourage any tendency to hero-worship or mystification. Kerouac was selfish and inconsiderate of others, adolescent at the core, unduly attached to his mother, on the far fringes of the American right (although he probably deserves to be praised for not adopting the hippie, ultra-left, anti United States attitude of his followers and colleagues), and lead a destructive life, to his own talents and to the lives of people who loved him and had a right to depend upon him, such as his daughter.

As a writer, Kerouac emerges in the book as a person of talent with a vision of American life that is valuable (though hardly unique, I think). He wrote well but too much and too carelessly and too much under the influence of drugs. He also, as Miles suggests was overly dogmatic and rigid in his use of spontaneous prose.

The beats were a unique literary movement and Kerouac was an integral part of it. His books, I think will continue to be read and valued not for the most part as literary masterpieces, but as expressing the mood of a generation. There is much in them that is worthwhile. Miles' portrait of Kerouac and his work is judicious. It also encourages the reader to explore Kerouac's writings for his or herself, which is the goal of any good biography of a writer.