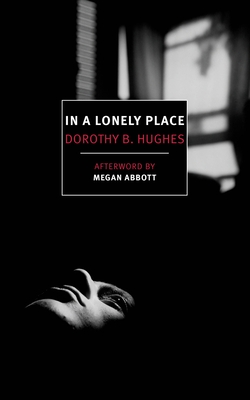 by Dorothy B. Hughes

'Puts Chandler to shame ... Hughes is the master we keep turning to'Sara Paretsky After the war, cynical veteran Dix Steele has moved to L.A., a city terrified by a strangler preying on young women. Bumping into an old friend, now a detective working on the case, Dix is thrilled by closely following the progress of the police. And meeting his new neighbour, sultry and beautiful actress Laurel Gray, brings even more excitement into his life. But the strangler is still prowling the streets - and Laurel may be in more danger ... Read More

'Puts Chandler to shame ... Hughes is the master we keep turning to'Sara Paretsky After the war, cynical veteran Dix Steele has moved to L.A., a city terrified by a strangler preying on young women. Bumping into an old friend, now a detective working on the case, Dix is thrilled by closely following the progress of the police. And meeting his new neighbour, sultry and beautiful actress Laurel Gray, brings even more excitement into his life. But the strangler is still prowling the streets - and Laurel may be in more danger than she realises... In a Lonely Place was adapted for film in 1950, with Humphrey Bogart as Dix Steele. Read Less

All Editions of In a Lonely Place

Books by Dorothy B. Hughes

The So Blue Marble

Revisiting In A Lonely Place

The New York Review of Books has recently reissued Dorothy Hughes' novel "In a Lonely Place". The novel is also included in a Library of America two-volume set of "Women Crime Writers" of the 1940s and 1950s.. I had read and reviewed the novel in the 1940s volume of that set and in an earlier paperback edition of the book. In 1950, the novel was made into a celebrated film directed by Nicholas Ray and starring Humphrey Bogart and Gloria Grahame. I had the good fortune to see the film last year as part of a noir film festival. The movie differs substantially from the book. Those familiar with both the book and the film frequently disagree on which they prefer. I prefer the book.

Hughes' book is one of the first novelistic explorations of a serial killer. The primary character, Dix Steele, had been a fighter pilot stationed in England during WW II. Hughes introduces the reader to Dix as he wanders the streets on the outskirts of Los Angeles on a rainy foggy September evening looking for a young woman to rape and murder. The first potential victim evades him, but he soon finds another. The plot is complicated when Dix reconnects with his former Air Force buddy Brub Nicholai, and his lovely and perceptive wife Sylvia. Brub has become a detective who is investigating the murders of young women which, unknown to him, his old friend Dix has committed. A loner who suppresses his feelings of violent rage, Dix has become involved with a young divorced redhead, Laura, with a flair for high living. Dix's passion for Laura leads to his downfall.

Although narrated in the third person, Hughes' novel manages to get inside the mind and heart of Dix Steele. Hughes' taut, hardboiled writing makes the reader understand her chilling character and almost feel sympathy for him. Even with his old friendship with Brub and his attempted love affair with Laura, Dix is an essential loner and a killer, wandering the streets and isolated beaches at night, driving his car through the rain, and plotting his murders. Here is one of many passages in which the author gets inside her character as Dix remembers a woman he had loved while stationed in England.

"He drove away not knowing where he was going or why. Only to get away. He did not know how far he drove or how long. There was no thinking in his mind; there was only sound, the swish of the dark wet water over the cold sand, colder than Brucie; the water was the voice of a girl, a voice hushed by fear, repeating over and over , no ... no .. no. Fear wasn't a jagged split of light cleaving you; fear wasn't a cold fist in your entrails; fear wasn't something you could face and demolish with your arrogance. Fear was the fog, creeping about you, winding its tendrils about you, seeping into your pores and flesh and bone. Fear was a girl whispering a word over and again, a small word you refused to hear although the whisper was a scream in your ears, a dreadful scream you could never forget. You heard it over and again and the fog was a ripe red veil you could not tear away from your eyes. Buucie was dead. Brucie whom he had loved, who was his only love."

The novel gives a portrayal of the anomie that affected many young men after they returned from the war, including those who undertook to live productive lives. The book also portrays Los Angeles in the late 1940s. However this is primarily a work of noir as it portrays the mind of a serial murderer.

The Library of America compilation of women crime writers includes a biographical sketch of Dorothy Hughes (1904 1993) Hughes began her writing career as a journalist and a poet: a 1931 volume "Dark Certainty" won the Yale Series of Younger Poets competition. Beginning in 1940, Hughes wrote a long series of suspense novels. She was named a "Grand Master of the Mystery Writers of America" in 1978. In her later years, she wrote a biography of Eric Stanley Gardner. Although many readers find feminist themes in "In a Lonely Place", Hughes was skeptical about feminism.

I found "In a Lonely Place" an outstanding book which creates suspense and probes the soul. Both the Library of America and the New York Review of Books deserve credit for making this novel available and accessible to readers.

Inside the mind of a killer

This is a novel from another age. The age of Raymond Chandler and Dashiell Hammett. Anyone that played the wonderful L.A. Noire video game from a couple of years ago will feel right at home here. This is the story of Dix Steele, WWII veteran and serial killer. Dorothy B. Hughes takes us inside the mind of Steele, giving us his every thought and urge. Steele is quite charming at times, but there is always that anger under the surface. Anger that he tries to hide from others and for the most part succeeds. A chilling novel in the way Hughes shows how easy it is for a monster like Steele to move among us, and how close to the edge he so often is. As a big fan of the hard-boiled noir genre, I thoroughly enjoyed the book and can't wait to find some more of Ms. Hughes' books.