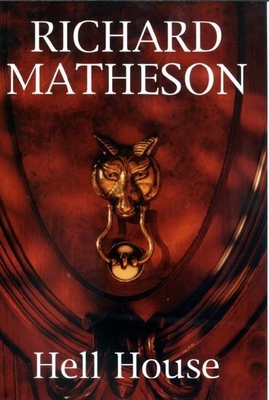 Belasco House is the Mt. Everest of haunted houses. All previous attempts to probe its mysteries have ended in murder, suicide, or insanity. But now, a new investigation has been launched, bringing four strangers in search of the ultimate secrets of life and death. Read More

Belasco House is the Mt. Everest of haunted houses. All previous attempts to probe its mysteries have ended in murder, suicide, or insanity. But now, a new investigation has been launched, bringing four strangers in search of the ultimate secrets of life and death. Read Less

All Editions of Hell House

What Dreams May Come

The Best of Richard Matheson

The House Next Door

What Dreams May Come

A Stir of Echoes

Hell House by Richard Matheson is based on a much older -and perhaps truer- real haunted-house story by Edward Bulwer Lytton called "The Haunters and The Haunted" (or "The House and The Brain"). Matheson was very effective in using Belasco find a theosophick or magick means to preserve his astral-etheric body in the house where he had lived for so long. Matheson uses horrifying books from the real annals of medical science. This was shown in the film that was based on Matheson's book. The books, however are real books of pathology and aberrant psychiatry of the turn of the century. Belasco perpetrated satanic sexual pleasures and he also celebrated magickal rituals of a diabolical nature. The film is good and can be easily obtained in DVD. It features an English girl named Pamela Franklin (sic) who must have been a bit witchy herself for she only played English horror films. In conjunction with the novel by Sir Bulwer Lytton, Matheson's book is very effective, really spooky. It deals with satanic worship at a very high theological level. Also, the mentions of medical pathologies, teratologies, and abnormal psychopathologies are very creepy because they were real cases of monstrosities in the medical literature of the Victorian era. Belasco, was, of course, an Englishman, and he must have been a master of the black arts for he found a way to become earth-bound after his death. This method is a creepy Rosicrucian secret.

Did I read this story before?

This story reminded me a lot of "The Haunting of Hill House" but it was a lot more violent and graphic in tone. At the request of a dying millonaire who wants solid proof that there is life after death two mediums a physics professor and his wife agree to stay at the Belasco house for one week. One of the guests is a former child prodigy at mediumship and the only survior at a failed attempt to clean the house. During their stay the house starts play mind games with them and of course what's a good haunted house story without a creepy background some gore and the guests dying off?

This book is called a cult classic and one of the scariest haunted house stories ever written. The only thing I found truly interesting was the background story into what made the house haunted. The owner of the house Belasco "The Roaring Giant" invited his guests to do as the pleased. This does make for a great tense setting for a haunted house, but the characters aren't likeable and you don't really find yourself routing for anyone's survival or their theory to pan out. But if you truly love ghost stories you might want to read this one.