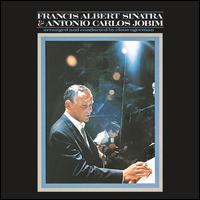 By 1967, bossa nova had become quite popular within jazz and traditional pop audiences, yet Frank Sinatra hadn't attempted any Brazil-influenced material. Sinatra decided to record a full-fledged bossa nova album with the genre's leading composer, Antonio Carlos Jobim. Arranged by Claus Ogerman and featuring Jobim on guitar and backing vocals, Francis Albert Sinatra & Antonio Carlos Jobim concentrated on Jobim's originals, adding three American classics -- "Baubles, Bangles and Beads," "Change Partners," and "I Concentrate on You" -- that were rearranged to suit bossa nova conventions. The result was a subdued, quiet album that used the Latin rhythms as a foundation, not as a focal point. Supported by a relaxed, sympathetic arrangement of muted brass, simmering percussion, soft strings, and Jobim's lilting guitar, Sinatra turns in an especially noteworthy performance; he has never sounded so subtle, underplaying every line he delivers and showcasing vocal techniques that he never had displayed before. Francis Albert Sinatra & Antonio Carlos Jobim doesn't reveal its pleasures immediately; the album is too textured and understated to be fully appreciated within one listen. After a few plays, the album begins to slowly work its way underneath a listener's skin, and it emerges as one of his most rewarding albums of the '60s. [A 50th Anniversary Edition was released in 2017.] ~ Stephen Thomas Erlewine, Rovi Read Less 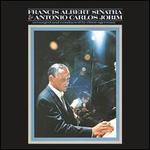 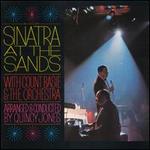 Sinatra at the Sands

by Frank Sinatra with Count Basie & the Orchestra 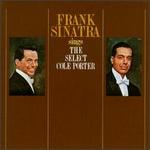