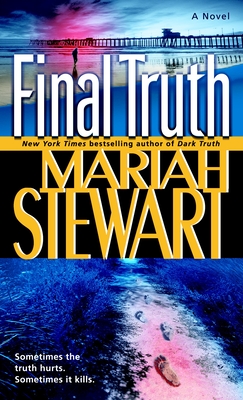 In the explosive finale to the "New York Times" bestselling Truth series, a true-crime writer joins an FBI agent in hunting a freed serial killer on a deadly spree. Read More

In the explosive finale to the "New York Times" bestselling Truth series, a true-crime writer joins an FBI agent in hunting a freed serial killer on a deadly spree. Read Less

All Editions of Final Truth

Mercy Street: A Novel of Suspense

Last Words: A Novel of Suspense

Regan is believable as a character who finds stray bits of information that seem to expound into larger than life stories. She is a writer of true crime novels, so a story to her is more than meets the eye, or what is seen in a local news tidbit. She and her FBI honey seem to have a knack for being able to work together and find themselves tossed together again in this story (the were in the first of the trilogy also). She aids in the release of a death row prisoner when it is found tainted evidence put him away. Throughout the story, murders with his signature pop up again right after his release. While her FBI man is working murders - she is working her book angle. They have to work together again as the two paths twine and his murders seem to be becoming a part of her book. The big twist in the plot is who is doing the killings and why. You will have to read to find out if Regan was a party to setting a guilty man free, or if the danger coming ever closer to her is this man or an unseen enemy. I am hoping Regan and Mitch embark on another story. After all, she does find an interesting tidbit to discuss with her honey at the end of this novel.