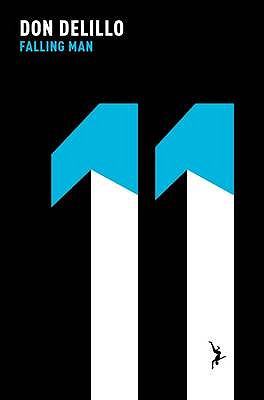 There is September 11 and then there are the days after, and finally the years. Falling Man begins in the smoke and ash of the burning towers and traces the aftermath of this global tremor in the intimate lives of a few individuals. Theirs are lives choreographed by loss, grief and the enormous force of history. `These are pages of magnificent force and control, DeLillo's genius at full pelt. Reading them, you have to remind yourself to keep breathing' New Statesman `Searing, profoundly unsettling. An unforgettable ... Read More

There is September 11 and then there are the days after, and finally the years. Falling Man begins in the smoke and ash of the burning towers and traces the aftermath of this global tremor in the intimate lives of a few individuals. Theirs are lives choreographed by loss, grief and the enormous force of history. `These are pages of magnificent force and control, DeLillo's genius at full pelt. Reading them, you have to remind yourself to keep breathing' New Statesman `Searing, profoundly unsettling. An unforgettable novel' Sunday Times `A revelatory piece of writing that will stand as a testament to DeLillo's genius' Times Literary Supplement `As fine a thing as DeLillo has ever made. There are those who have called him a cold writer; I challenge them to read the astonishing and deeply moving closing pages of Falling Man without weeping' Scotsman 'Complex, thrilling, awesome . . . This is a tremendous novel by a genuine master' Irish Independent Read Less

All Editions of Falling Man

The Crying of Lot 49

Lots of info about the 9/11 tragedy and surrounding events.

Don Delillo is our Tolstoy, and it therefore stands to reason that his 9/11 book is an essential piece of American literature. As in his previous major works (Libra, Mao II, Underworld), he places his characters in the midst of historical events, trudging through with their loads of psychological baggage and struggling to make sense of their lives in the context of the relentless progress of history. As in those other books, there is throughout the story the presence of an artist, in this case the Falling Man of the title, intersecting with the lives of the characters, aiding in their struggle to find meaning. Delillo is the Falling Man, inspired by a snapshot of that moment when we all believed that the world would never be the same to make a work of art that will challenge us not to forget. Six and a half years later, the falling towers have become an icon, used by politicians and pundits to serve their own ends. The Falling Man brings it back into being a human event, an event in my life, in your life, in every reader's life, that has shaped they way we live, influencing our faith, our trust, our love. Every American should read this book.

In his 2007 novel Falling Man, Don DeLillo?s prose has a stunned quality as he sifts through the psychic and emotional trace elements in the ?after-days? of the September 11th, 2001 terrorist attacks on the World Trade Center. DeLillo?s traumatized characters are governed by a sort of post-rational magical thinking.

The title refers to a performance artist who dangles between structures secured only by a safety harness, outraging spectators in Manhattan as a visible affront to those who leapt from the Twin Towers to their deaths. But the author?s writing, too, has a quality of suspension; his characters negotiate that nether-zone between horror and its remembrance, the unbridgeable gulf opened by 9/11.

The protagonist Keith Neudecker stumbles out of the towers? wreckage, ashen, making his way back to his ex-wife Lianne, who conducts a writing group for Alzheimer?s patients. Their son Justin scans the skies for planes, mishearing Bin Laden as ?Bill Lawton.? Lianne?s mother and her art-dealer lover, who may or may not have a terrorist past in Germany, heatedly argue motives for the attacks. Lianne contends with her late father?s suicide.

Keith returns an attaché case to a black woman, Florence, who worked in another firm in the WTC. They are compelled to recite their memories, which are inside them. They become lovers. Lianne is unaccountably aggrieved by a neighbor?s Middle Eastern music; the characters are raw-edged, quick to violence. DeLillo also depicts Mohamed Atta and the other Saudi terrorists, their hatred and discipline, their stealth existence flying under the hyper-technology of the West.

The author is after his characters? telepathic connections and disconnections?between stranger and stranger, husband and wife, mother and son, terrorist embedded yet anonymous in an American neighborhood?of memory sought and memory effaced as the Alzheimer?s group members retrieve memories of the planes even as memory itself eludes them, as the self ebbs away. In addition DeLillo dramatizes ritual?s ordering force not only for the terrorist cell but for Keith?s poker partners, one of whom dies in the attacks.

In novels like Libra and Mao II, the author had an unerring radar for the ripe menace that sounded beneath modernity?s surface, yet at times in Falling Man the sheer magnitude of 9/11 seems to stunt DeLillo?s imaginative reach and leave him at an impasse. Thus the section, ?On Marienstrasse,? seems insufficiently invented, resorting to familiar representations of the terrorists? detestation of the West, their growing beards, their puritan self-denial. In his careful fidelity to the historical facts, the novelist?s style is cramped. Unlike previous novels, here history seems to diminish rather than liberate DeLillo?s fiction.

In his time-shuttling, refractory approach, DeLillo suggests the contours of the disaster, how pastness bled irrevocably into the present, but it?s a bit like acknowledging the elephant in the room by taking snapshots of his hide. The writer?s earlier novels depended on implication and suggestion: the unknowability of history, the masscult mind, the terrorist as agent of consciousness. But in Falling Man, six years after the fact, this supremely gifted American novelist, arguably the finest of his generation, shores up fragments against a world in ruins. How does one translate a holocaust onto the page?

The novel?s spectacular conclusion has three characters?Keith, Lianne, and the terrorist?converge, however differently, each into the power of a totalizing environment, an idea of God, an annihilating vengeance, drawn to absolutes.