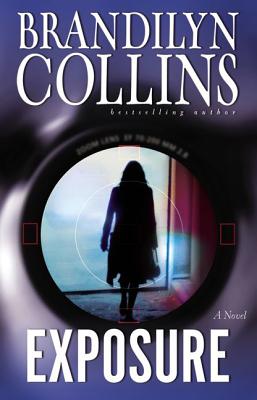 Someone is watching Kaycee Raye. Is the new danger real, or is she going crazy? In this story of terror, twists, and desperate faith, the startling questions pile high, but Kaycee's descent to answers proves even more frightening. Read More

Someone is watching Kaycee Raye. Is the new danger real, or is she going crazy? In this story of terror, twists, and desperate faith, the startling questions pile high, but Kaycee's descent to answers proves even more frightening. Read Less

All Editions of Exposure

Getting Into Character: Seven Secrets a Novelist Can Learn from Actors

?Feed your faith and your fears will starve to death?- from Brandilyn Collins newest novel ?Exposure?.

What can make paranoid columnist Kaycee Raye confront her many irrational fears of, well, you name it ? just about everything?

As long as there are no events in Kaycee Raye?s life that propel her to deal with her own devasting fears, she was content to abide them, even make a living as a columnist conmiserating with the world her own devastations from day to day.

But then Hannah, Kaycee?s young friend, decides to run away and sets off for Kaycee?s house and gets abducted in the night. A uncommon event in the small town of Wilmore, Kentucky.

Forced to face the knowledge that her own fears may have resulted in Hannahs? diappearance, Kaycee begins to gather courage as she assists in the police investigation to find Hannah.

A seemingly unrelated parallel story is woven throughout the story of Kaycee and her tormentors. It is the story of Martin Giodonna, a hard working bank employee with a wife and a sick child, who agrees to assist the Mafia in a bank heist. In the after effects of the bank robbery, Martin?s wife Lorraine, and their daughter Tammy flee for their lives after Martin is shot dead in their home.

Kaycee is certain that she is being watched, tormented, and pursued. She is. She is having disturbing dreams, discovering blood stained items in her car, watching photos disappear in her hands, seeing images on her computer and receiving terrifying notes that read ?We see you.?

What is pursuing Kaycee? This is the heart of Brandilyn Collins trademarked ?Seatbelt Suspense?. You will enjoy the read as you attempt to the discover the villian.

Throughout the story, Kaycee?s faith is revealed as these events build forcing her to use her faith to battle the source of her lifelong paranoia.

I enjoyed this book immensely as I discovered why the first few words were ?Perfect Love cast out all fear?.