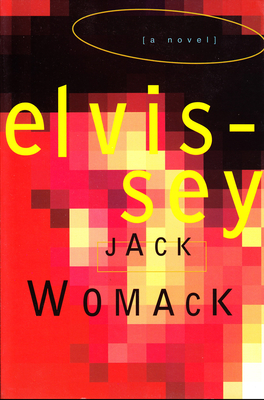 In the 21st century, Womack-world is a nightmare world - there is martial law on the streets, guerilla warfare on Long Island and murder and mayhem in the boardrooms of the city. The powerful Dryco organization wields power across the world, but at home coercion may work better than force. Read More

In the 21st century, Womack-world is a nightmare world - there is martial law on the streets, guerilla warfare on Long Island and murder and mayhem in the boardrooms of the city. The powerful Dryco organization wields power across the world, but at home coercion may work better than force. Read Less

Jack Womack took on a huge subject in Elvissey and I think he fell a little short of the mark. When you write a novel with a big icon like Elvis, you?d better have a big story to go with it. Womack tells a good Sci-Fi story--he has some original ideas on the subject of alternate realities/multiple universes, time travel, and language?but the story is a little bit better than average and it doesn?t pack much of a wallop.
In the dystopia of Elvissey corporate America rules everything. The country has been blighted by war and environmental catastrophe. The Dryco corporation reconfigures (regoods) everything including people to suit its image and needs. Our Heroine Iz and her husband are chosen to go back in time to kidnap a young Elvis and bring him back as a demi-god and pawn for the Dryco Corporation.
One of the troubles with the book is the language that Womack has the characters use throughout. It?s a kind of corporate abbreviated doublespeak. At first I found it tedious. As I read the dialogue, I sometimes felt like I was reading the last decoded messages of a beleaguered secret agent trapped behind enemy lines. Its annoying to have to read a sentence two or three times to figure out what?s going on in the story. Things went better for me when I learned the trick of quickly scanning the dialogue to get a general understanding of what a character was saying.
When our heroes find Elvis he talks normally, thank God, but that?s all that?s normal about him. He is a psychopath who has no real notion of his potential as a singer. We don?t see Elvis until at least a third of the way through the book. Iz and her husband take Elvis back to DrycoLand, but Elvis has trouble adjusting to the new environment. So he is essentially a non-entity for the last third of the book. That was another disappointing feature of the book. Elvis isn?t the Elvis we know. He comes from another alternate reality not related to our own. So the author reinvented Elvis for the story. It would have been difficult to realistically portray Elvis the cultural icon of TV and movies on the printed page and give him the appropriate dimension and stature. I think Womack took the easy way out instead of giving his readers the Elvis of lore.
To summarize I would say this is a good story with some original ideas, but the language and Psycho Elvis are a bit of a letdown.