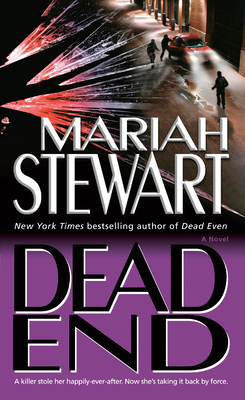 In the stunning conclusion to Stewart's bestselling series of romantic suspense, FBI profiler Annie McCall goes up against a vicious foe bent on hiding his murderous secrets. Read More

In the stunning conclusion to Stewart's bestselling series of romantic suspense, FBI profiler Annie McCall goes up against a vicious foe bent on hiding his murderous secrets. Read Less

All Editions of Dead End

Mercy Street: A Novel of Suspense

Last Words: A Novel of Suspense

Annie McCall shows in several Stewart stories as a side character. In fact, I thought her story was told when she met and fell for her dectective. However, this is her TRUE story. The one that puts her past to rest finally. It is a story as much to end the past for her new love as it is for her. This is a story in a series that touches on many of the Sheild's family and their own side stories are books. Annie was engaged to a Shields that was murdered. Many questions that come up in the other books about Dylan's death are finally answered here. They were a build up to climax in this story and Stewart did a remarkable job in all the books. Still, knowing what was coming, this novel was wonderful. Stewart has a knack with twists. All her side characters either have their own stories in books, show up in other books as main/side characters, or deserve their own books. This story is about a man wanting to make things right for his gal so they can move into the future rather than linger in the past. They work this cold case together and stir up danger each step of the way (for themselves and for others). The twists ensure that you will not clearly know who is killing - just the way (no one wants to get caught for all this guy has done). Additionally, that there is also a major case going on in between to keep their attention makes the story full as danger is not coming just from the past - but is here in the present and is as close as the seat next to them at a dinner table.... Great first read - read all in the series (there are four). Keep them all for a second read in the future. You will not be disappointed.