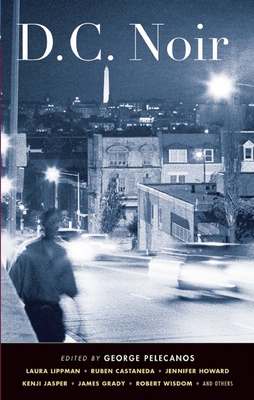 Mystery sensation Pelecanos pens the lead story and edits this groundbreaking collection of stories detailing the seedy underside of the nation's capital. This is not an anthology of ill-conceived and inauthentic political thrillers. Instead, in "D.C. Noir," pimps, whores, gangsters, and con-men run rampant in zones of this city that most never hear about. Read More

Mystery sensation Pelecanos pens the lead story and edits this groundbreaking collection of stories detailing the seedy underside of the nation's capital. This is not an anthology of ill-conceived and inauthentic political thrillers. Instead, in "D.C. Noir," pimps, whores, gangsters, and con-men run rampant in zones of this city that most never hear about. Read Less

The Man Who Came Uptown

The Martini Shot: A Novella and Stories

I felt a strong sense of recognition in reading these stories of the underside of life in Washington D.C. "D.C. Noir" is an anthology of sixteen new stories by as many authors chosen and edited by the noted author of crime and detective novels, George Pelecanos. Pelecanos also contributed one of the stories to this collection.

There is an astonishing sense of place in this collection for a city in which I have lived and walked for many years. I live near a large thoroughfare, Georgia Avenue, which stretches from downtown Washington into Silver Spring, Maryland and beyond. Georgia Avenue is a forbidding street of small shops, liquor stores and bars, eateries and gas stations that appears perpetually in need of renewal. The Walter Reed Military Hospital is located on the upper end of Georgia Avenue with, about one mile north, a small shopping mall, apartments, and several liquor stores on the border with Maryland.

Richard Curry's story, "The Names of the Lost" describes this portion of Georgia Avenue, the stores, the residents, the apartments, the library, and the bus routes with great immediacy. The story involves a confrontation between an aging Holocaust survivor, and proprietor of a liquor store, and a young thug. I felt I knew the steet, the scene, the places, and the people as I read. Another fine story, "The Light and the Dark" by Robert Wisdom describes the community of Petworth, a bit further to the South (in the direction of downtown D.C.) on Georgia Avenue. I again felt a sense of recognition and understanding in seeing the street and landmark names of places I know, where I have walked on occasion and ridden through countless times.

I felt this recognition of place in several other stories. Jennifer Howard's "East of the Sun" describes the community near Pennsylvania and Potomac Ave, S.E., an uptempo and rather treacherous neighborhood where I also lived and walked for many years. Jim Patton's story of D.C.'s Chinatown and its environs, "Capital of the World" is highly realistic in its depiction of bars and streets in this downtown yet secretive portion of the Capital City. Ruben Casteneda's "Coyote Hunt" describes the Adams Morgan community along sixteenth street and the diversity created by its recent influx of Hispanic immigrants. Laura Lippman's story, "A.R.M and the Woman", unlike most of its companions describes an incident in the lives of upscale residents of Chevy Chase N.W. with characteristic and believable portraits of both people and place. David Slater's story "Stuffed", describes Thomas Circle, around 14th Street, for many years the center of D.C. red-light district and now becoming a trendy neighborhood in transition.

There are a number of stories of parts of the city I don't know as well but which are highly descriptive, tough, and convincing. Jim Beane's "Jeanette" which takes place in a part of town known as Deanwood, has mean, sharply portrayed characters and is among the best of these. Lester Irby's "God don't like ugly" with its picture of local dives and clubs, also has a strong sense of realism and faithfulness to its subject. Pelecanos's story "The Confidential Informant" and a story by Quentin Peterson, "Cold as Ice" also describe well the places, streets, and persons of D.C.'s world of gangs, drugs, and shootings.

There are two stories which deal with the political life of the Nation's capital: James Grady's "The Bottom Line" and Jim Fusilli's "The Dupe". These are good well-paced stories but I found them of less interest than the stories set in the local neighborhoods of Washington D.C., among people and places that tourists rarely see.

The anthology includes brief biographical notes of each of the authors, whose backgrounds are as diverse and varied as the city celebrated in their stories. This is a book for walkers on city streets and for those who like fast-paced stories with a sense of urban place and life.