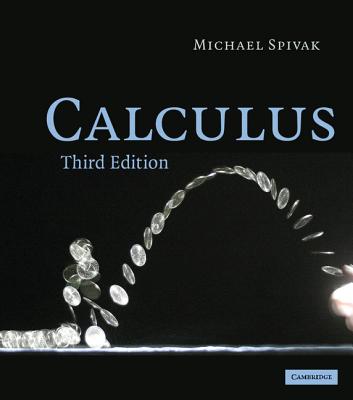 All Editions of Calculus

Calculus on Manifolds: A Modern Approach to Classical Theorems of Advanced Calculus

A Comprehensive Introduction to Differential Geometry

The Hitchhiker's Guide to Calculus

How to Prove It: A Structured Approach

A course of pure mathematics

This text is detailed and imaginative. For example, there is a proof that the log base, e, is trancendental. This is the sort of thing you don't usually find in elementary texts. Every math student should have a copy.

A Rock-Solid Foundation in Calculus

I feel that this textbook is used far less widely than it should be. As a college freshman with three semesters of calculus under my belt, I found this book to be informative and engaging, even though it started back at square one. As the summary states, this book is really more an introduction to the study of analysis, and as such has few computations, a fact which some find disappointing. I personally feel that this isn't a problem, as the concepts behind the computations are so rigorously and elegantly presented and reinforced that computation follows easily, and indeed there are computations scattered throughout the exercises (though not containing numbers... more general cases of derivatives and integrals, etc.). I found a marked improvement in my mathematical abilities through the use of this text, and it even sparked an interest in mathematics as a major.