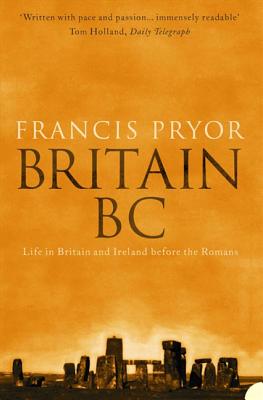 Britain BC: Life in Britain and Ireland Before the Romans

An authoritative and radical rethinking of the history of Ancient Britain and Ancient Ireland, based on remarkable new archaeological finds. Read More

An authoritative and radical rethinking of the history of Ancient Britain and Ancient Ireland, based on remarkable new archaeological finds. Read Less

All Editions of Britain BC: Life in Britain and Ireland Before the Romans

Stonehenge: The Story of a Sacred Landscape

Britain Ad: A Quest for Arthur, England and the Anglo-Saxons

The Lost Villages of England

Britain in the Middle Ages: An Archaeological History

Seahenge: A Quest for Life and Death in Bronze Age Britain

Fascinating look into our development.

I have been interested for quite some time about the development of American culture, and knew that I would have to research a great deal into British history as part of that journey. Starting at the beginning seemed like the best place to better understand how our townships, farmsteads, and hierarchies came about.
Having followed Francis Pryor's lectures, I was excited about reading Britain BC. I was not disappointed. Pryor, yet again, has impressed me with his insights into the development of British culture through the rich archaeological remains that cover the British Isles. Not only does he look at the physical remains, but Pryor examines environment, landscape, resources, migratory patterns, and scientific analysis to paint a better and more thorough picture of how people lived, worked, survived, and grew into larger communities during "British Prehistory."