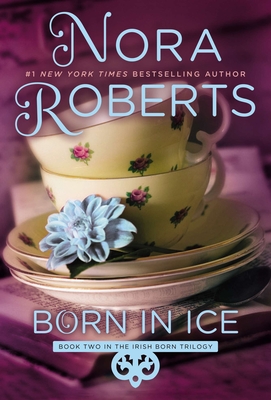 Born in Ice is the second book in a compelling trilogy of novels about the Concannon sisters of western Ireland. Read More

Born in Ice is the second book in a compelling trilogy of novels about the Concannon sisters of western Ireland. Read Less

All Editions of Born in Ice

Tears of the Moon

Heart of the Sea

Jewels of the Sun

Heart of the Sea

She is a lonely (but happy enough) gal running a B & B next door to her sister Maggie's Glass studio. Making a life for herself now her mother is out from underfoot. Her past has left her scarred but not for the same reasons as Maggie. Her mother never beat her. Just was negligent. AND meddling - forcing the man Brianna loved away to keep her at her beck and call. Brianna is a lost soul - never knowing why she was unloveable. In comes Gray. A man with a past so horrid in his mind that he is incapable of giving - anything to anyone. She sees the broken man in him and she falls for him anyway. Even knowing that he will leave as that is what he does. She provides more than a room for him. She makes him a home while he is there for several months writing his next murder novel. All the while, he is falling but does not know it. He is also a lost child, never given love - thus does not know how to give it - or accept that he is worthy of it. While there are moments they spar - they are not real fights. She is unable to fight as she hates confrontation - so she walls up and just says her piece and puts another layer between herself and hurt. She finds the horrible deed her mother has done and throws herself at Gray. While he wants her, he is determined not to be a replacement - which is the first clue to how he feels. After all, if he is intent on just leaving - who cares if he is just warming her bed as a replacement? They travel - he does not know the significance of it to her (she would never do so for anything less than family) and she does not know the significance for him (he has never brought anyone with him anywhere). She gives freely of her home, her heart and her kindness of spirit. Terrifying him all the time. When it comes time to leave she sees him off, knowing he may never come back, but offers the same anyway. He drives away happy to finally be free of the "cage" of intimacy, love, home, family (all the things he thinks he is unworthy of and does not know how to deal with). You will have to read what happens next, surely you surmise, but it is still a surprise.