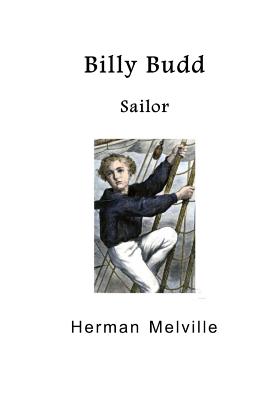 Classic Short Stories Seafaring Tales Billy Budd Sailor Herman Melville Billy Budd, Sailor is a novella by American writer Herman Melville, first published posthumously in London in 1924. Melville began writing the work in November 1888, but left it unfinished at his death in 1891. It was acclaimed by British critics as a masterpiece when published in London, and quickly took its place among the canon of significant works in the United States. The plot follows Billy Budd, a seaman impressed into service aboard ... Read More

Classic Short Stories Seafaring Tales Billy Budd Sailor Herman Melville Billy Budd, Sailor is a novella by American writer Herman Melville, first published posthumously in London in 1924. Melville began writing the work in November 1888, but left it unfinished at his death in 1891. It was acclaimed by British critics as a masterpiece when published in London, and quickly took its place among the canon of significant works in the United States. The plot follows Billy Budd, a seaman impressed into service aboard HMS Indomitable in the year 1797, when the British Royal Navy was reeling from two major mutinies and was threatened by the Revolutionary French Republic's military ambitions. He is impressed from another ship, The Rights of Man (named after the book by Thomas Paine). As his former ship moves off, Budd shouts, "Good-by to you too, old Rights-of-Man." Billy, a foundling, has an openness and natural charisma that makes him popular with the crew. He arouses the antagonism of the ship's Master-at-arms, John Claggart. Claggart, while not unattractive, seemed somehow "defective or abnormal in the constitution," possessing a "natural depravity." Envy was Claggart's explicitly stated emotion toward Budd, foremost because of his "significant personal beauty," and also for his innocence and general popularity. (Melville further opines envy is "universally felt to be more shameful than even felonious crime.") This leads Claggart to falsely charge Billy with conspiracy to mutiny. When the Captain, the Hon. Edward Fairfax "Starry" Vere, is presented with Claggart's charges, he summons Claggart and Billy to his cabin for a private meeting. Claggart makes his case and Billy, astounded, is unable to respond, due to a stutter which grows more severe with intense emotion. He strikes his accuser to the forehead and the blow is fatal. Read Less

Moby Dick or the Whale

Billy Budd, Bartleby, and Other Stories

The Red Badge of Courage

In 2012, I celebrated Independence Day by reading and reviewing Melville's 1855 novel "White-Jacket". In his book, "Melville: His World and Work", Andrew Delbanco described "White Jacket" as Melville's 'paean on behalf of democracy". The book includes scenes in which the sailors celebrate the Fourth of July with a pageant. A major character in White Jacket is a sailor named Jack Chase, a man whom Melville deeply admired. In chapter 4 of "White Jacket" the narrator says of Jack Chase: "Wherever you may be now rolling over the blue billows, dear Jack! take my best love along with you; and God bless you, wherever you go!"

For Independence Day, 2015, I found myself rereading Melville's novel, "Billy Budd, Sailor". Melville was working on this book at the time of his death in 1891 and his near-final draft remained unpublished. Scholars discovered the manuscript in the 1920s, and its first publication in 1928 was critical in the discovery of Melville and in his literary reputation. Late in his life, Melville remembered his friend Jack Chase. Melville dedicated "Billy Budd" to "Jack Chase, Englishman", "Wherever that great heart may no be. Here on Earth or harbored in Paradise. Captain of the Maintop in the year 1843 in the U.S. Frigate United States"

"Billy Budd, Sailor" is a difficult, deep short philosophical novel written in a gnarled prose. It has religious themes of the fall of man and of the moral law, but there is no God. The book is about the beauty of innocence and its fate in the world. The book also considers the too-easy invocation of rights in a world of complexity . The story is set on an English warship, the Bellipotent (warpower) in 1797 during Britain's war with revolutionary France and following a large attempted mutiny of British seamen. The three main characters of the book are Billy Budd, John Claggaart and Captain Vere. Billy Budd has impressed from a merchant ship tellingly called the "Rights-of-Man." Billy is loved by nearly all who know him for his innocence and his grace. John Claggart is the sergeant at arms on the Billipotent and the embodiment of evil. He hates Billy for his beauty and goodness and concocts a story about Billy plotting a mutiny. The third character, Captain Vere, is the most complex of the three. When Claggart tells his story in the presence of Captain Vere and Billy, Billy lashes out, punches Claggart, and accidentally kills him. An agonized Captain Vere, realizing what has transpired, caused Billy to be sentenced to death and hung. In a private scene, Vere communicates the sentence to Billy Budd. Billy Budd's last words are "God bless Captain Vere!" Most of the book turns on Vere's decision and on the ambiguous responses it provokes in Melville, Vere, and the reader.

Melville shows a strong admiration for Captain Vere. In Chapter 7, he writes:

His settled convictions were as a dike against those invading waters of novel opinion social, political, and otherwise, which carried away as a torrent no few minds in those days, minds by nature not inferior to his own. ... Captain Vere disinterestedly opposed them not alone because they seemed to him insusceptible of embodiment in lasting institutions, but at war with the peace of the world and the true welfare of mankind."

Later in the book, after the execution of Billy Budd has been carried out, Captain Vere says:: "With mankind, forms, measured forms are everything; and that is the import couched in the story of Orpheus with his lyre spellbinding the wild denizens of the wood."

A critical passage of the book captures the ambiguous, difficult nature of reality and of moral decision. Melville uses a metaphor which in recent discussions has been used for a different and not entirely consistent purpose. For Melville, the rainbow is a metaphor of the difficulty of understanding as colors grade insensibly into one another. Melville writes at the beginning of Chapter 21 of the book.

"Who in the Rainbow can draw the line where the violet tint ends and the orange tint begins? Distinctly we see the difference of colors, but where exactly does the one first blindingly enter into the other? So with sanity and insanity. In pronounced cases there is no question about them. But in some supposed cases, in various degrees supposedly less pronounced, to draw the exact line of demarcation few will undertake, though for a fee becoming considerate some professional experts will. There is nothing namable but that some men will, or undertake to, do it for pay."

"Billy Budd, Sailor" has been the subject of much controversy since its 1928 publication, much of which is outlined in Delbanco's excellent biography of Melville mentioned above. Delbanco writes:

"Charting the attitudes pro and con toward Captain Vere is one way to follow the contours of twentieth-century political thought. At times of high regard for constituted authority, Vere tends to come off as a heroic figure who, with tragic awareness of his responsibilities, sacrifices an innocent for the sake of the state. At times of public suspicion toward established power, Vere tends to be condemned as a despot whose callous commitment to the letter of the law, 'however pitilessly' it grinds the innocent, is ultimately no different from Ahab's doctrinaire will."

I learned a great deal from rereading and thinking about "Billy Budd, Sailor" during this week of Independence Day. I also learned from thinking about "White-Jacket" again. Vere's decision in Melville's story may be questioned but I find much wisdom in his observation that "with mankind, forms, measured forms are everything." With this Independence Day, I hope Americans may come together and live as members of a community which they love and revere.