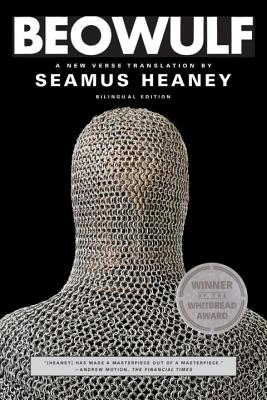 Composed toward the end of the first millennium, "Beowulf" is the classic Northern epic of a hero's triumphs as a young warrior and his fated death as a defender of his people. In his new translation--a national bestseller that is the winner of the Whitbread Award--Nobel Laureate Seamus Heaney has produced a work that is both true, line by line, to the original poem and a fundamental expression of his own creative gift. (Poetry) Read More

Composed toward the end of the first millennium, "Beowulf" is the classic Northern epic of a hero's triumphs as a young warrior and his fated death as a defender of his people. In his new translation--a national bestseller that is the winner of the Whitbread Award--Nobel Laureate Seamus Heaney has produced a work that is both true, line by line, to the original poem and a fundamental expression of his own creative gift. (Poetry) Read Less

All Editions of Beowulf: A New Verse Translation

The Cure at Troy: A Version of Sophocles' Philoctetes

The Burial at Thebes: A Version of Sophocles' Antigone

The Song of Roland

Too hard to understand

This translation helps understanding, but didn't really like it. It's just not my kind of story.

The human mind is unfathomable in its prowess of imagination and invention. Add a dark night plus fear of indistinct, shadowy beings, and terrible monsters seem to spring up before us. Although we know that they do not exist, we are still frightened by the monsters that rise from the gloom. Always, they come from the dark and always they are evil. Our minds concoct visions of massive hairy bodies and immense teeth, or of scaly wriggling worms breathing fire. But our imagination does not allow these monsters to simply go on with their dreadful lives unharmed so we invent mighty heroes who emerge from light and glory, and go down into the pit to destroy these demons of the mind. These imaginary beings, both of the heroes and the monsters, seem to be icons of the struggle between Good and Evil. Some of the legends written merely represent these as equal forces battling it out, while others put a righteous being above them who will ultimately end the fight in favor of good. The ancient epic of Beowulf is a vivid example of the latter, graphically portraying one man?s fight against malevolence, a heroic fight guided by the hand of God.
Grendel, a demonic brute, ?God-cursed?, a hater of man, lived upon the fen in Denmark among the rest of his outcast brethren. Partially sentient, he raged bitterly when he heard the Danes celebrating the construction of Heorot Hall, the house powerful King Hrothgar. Not only was Grendel angry at the happiness of the Danes, but he was also furious when he heard the bards praising God. Grendel?s mother, hardly any less terrifying, was an amphibious creature, who lived in the depths of a dark gloomy pool where nothing lived, and nothing dared to go. When her hideous son came back mortally wounded, she killed Hrothgar?s chief friend.
These two destroying creatures are representations of the servants of evil who oppose the righteousness of God. And because God could not stand their malevolence, he raised up a hero from among the Geets who was destined by God to meet both monsters. His name was Beowulf, and surrounded by his bravest warriors, arrived in Denmark with the express purpose of killing Grendel. Eagerly received by the Danish king, Beowulf lay awake that night in Heorot waiting for the beast. He did not deign to the level of Grendel by strongly arming himself to be sure of victory, but instead waited unarmed to kill with his bare hands. Grendel came that night, stealthily killing one of the Geets before he happened upon their leader. He raised his slimy claw to murder who he thought was a sleeping man when ?the alert hero?s comeback and arm-lock forestalled him utterly.? Immediately, he knew he had come to grips with a man too powerful to conquer and tried to flee to his den but Beowulf was determined to kill the monster. His thanes came to his defense, but they soon discovered that ?no blade on earth, no blacksmith?s art could ever damage their demon opponent.? But the strength of Beowulf was enough to destroy Grendel, and when he realized his demise was near he released ?a God-cursed scream and strain of catastrophe, the whole of the loser, the lament of the hell-serf keening his wound.? Finally, the fiend escaped, but not before Beowulf mortally wounded him, ripping off his arm.
It was not long before Grendel?s mother came for revenge, raging when her mutilated son arrived at her lair, only to die and be delivered into hell. She fell upon Heorot while Beowulf rested in another place and killed Hrothgar?s friend. Summoned with all speed, Beowulf, fully armed this time, set out to destroy this new nemesis. He dove into the lake and attacked her in her underwater house, only to discover that his sword was ineffective against her evil powers. She grabbed him but his armor prevented her from rending him. Casting aside his sword, he threw her to the ground, but she seized him again. She tried to kill him with a knife but once again, his armor saved him. Glancing about, he saw a massive sword upon the wall, and catching it up, he struck a mighty blow which succeeded in bringing down his foe.
These battles are more than tales of epic heroism and might, they are evidence of the battle between evil and the righteousness of God. Interestingly enough, in both battles, the monsters are not affected by the weapons of man. God directs His servant, Beowulf, to use the weapons He has provided. In the initial struggle, the weapon of God was the mighty strength He gave to Beowulf; in the second battle, it was an ancient blade. The author of Beowulf strongly believed that his hero had been guided to victory by the Lord: ??holy God decided the victory. It was easy for the Lord, the Ruler of Heaven?? After his fight with Grendel?s mother, Beowulf declared that ??if God had not helped me, the outcome would have been quick and fatal?I could never bring [my sword] to bear in battle. But the Lord of Men allowed me to behold?an ancient sword shining on the wall, a weapon made for giants, there for the wielding.?
Beowulf?s struggle with evil is symbolic of the struggle we as Christians face daily. Paul wrote in Ephesians that ??we do not wrestle against flesh and blood, but against principalities, against powers, against the rulers of the darkness of this age, against spiritual hosts of wickedness in the heavenly places.? When evil men rise in our path to destroy our faith, we are not struggling with people, the mere tools of evil, but with evil itself. Our own weapons are ineffective, so we can never hope to demolish evil without the help of God. He is the one who ultimately defeats our evil opponents. He is the one who helps us when we wrestle with monsters.