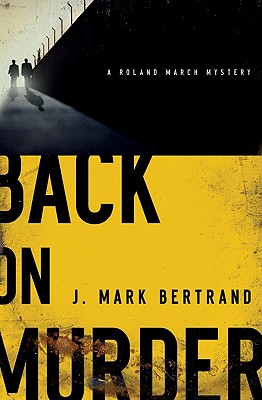 A detective with something to prove gets a last chance to redeem himself whenthe daughter of a famous evangelist disappears. Read More

A detective with something to prove gets a last chance to redeem himself whenthe daughter of a famous evangelist disappears. Read Less

All Editions of Back on Murder

Rethinking Worldview: Learning to Think, Live, and Speak in This World

I typically don't read hardcore police drama, but if I was going to read a book in that category, I'm glad it was this one, because it contains good Christian principles that are ever-so-softly mixed in.

There are a lot of issues at hand: mega crimes, murder, drug dealers, suicide, drinking, etc. It order for the case to be closed, there's a lot of "deals" that are made. One guy makes a deal with another guy to get inside information or make a certain process move a little faster. The good guys and the bad guys are continually testing each other's buttons. Everything in the crime world is push and shove.

"We didn't choose to be the safe guys. We chose to be the good guys, hard as that is when the world is bad." (Chapter 16, Back on Murder)

The only thing which is a "con" for me concerning "Back on Murder" is the amount of characters that you have to keep up with. There's so many people that you keep running into, and trying to remember exactly which side of the fence they're on can get a bit confusing.

Bertrand keeps an upbeat pace to the chapters, as if something is always lurking around the corner. The writing style definitely keeps me in intrigued.

Excited to read the sequel!