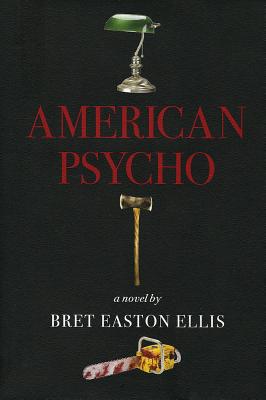 Vintage is rushing to put out the controversial book that everyone's talking about--especially after Simon & Schuster decided at the last minute not to publish it. Described by Publishers Weekly as "a grisly, gritty gross-out (about) the cool yuppie lifestyle of Patrick Bateman, 26, whose avocation is torturing and dismembering his female victims and festooning his apartment with their body parts", this new book by the author of Less Than Zero is sure to cause a stir. Read More

Vintage is rushing to put out the controversial book that everyone's talking about--especially after Simon & Schuster decided at the last minute not to publish it. Described by Publishers Weekly as "a grisly, gritty gross-out (about) the cool yuppie lifestyle of Patrick Bateman, 26, whose avocation is torturing and dismembering his female victims and festooning his apartment with their body parts", this new book by the author of Less Than Zero is sure to cause a stir. Read Less

All Editions of American Psycho

The Rules of Attraction

The Rules of Attraction

This novel is not for the faint of stomach!! As the title suggests, there are very gory parts to it, with many descriptions of torture and murder, involving prostitutes, children, and animals. There are also many vivid images of sex. If you're not put off by these things, this book is actually very good. It follows Patrick Bateman, a disillusioned, disturbed "yuppie" businessman of the 1980s. As the novel progresses, we follow Bateman's descent into total and complete amorality and violence. Ellis is a fabulous writer, who explores psychologically what can happen when our basic animaliac needs are not fulfilled by the society in which we live.

Some people hate it, some people love it. I'm one of those, who love it.

Some people don't seem to understand the book and so the only thing they see in it is perverse violence. But "American Psycho" is more than that. Yes, Ellis seems to draw a lot of ideas from De Sade's "The 120 Days of Sodom", especially from the last chapter describing violent ways of torturing and killing. Those scenes are numerous, but they are not the thing a reader should concentrate on. Since (probably) most things describe take place only in main character's mind, we should think about the reasons why a highly educated, intelligent businessman should have such violent thoughts and desires, what are the risks of pursuing the American Dream, where the western society is aspiring.
The book is also very entertaining and amusing (well, depends on your sense of humor) and despite some negative opinions, it is considered a classic. Who knows, maybe in the future it will be read, analyzed and interpreted on American Literature courses, home and abroad.

A movie with Christian Bale was produced based on this book. Of course, the film wasn't even half as violent as the book.

A little too twisted

I am a huge fan of psychological thrillers. I am captivated by the ability of an author to open the gates of madness and let me into the world of a tormented or willing killer. But... sometimes a writer can go a little too far to shock and disgust me, and in doing so loses that edge of mystery that keeps me turning the pages faster and faster. I waited several years after this book came out to read it because all the hype surrounding it's release bored me to tears. As I read though I started to quickly understand why people were so compelled to talk trash about this novel. It pushes the boundary of violence to a point that you are almost scared to admit you enjoyed even small parts of it because people might think you've lost your mind. Yet if you enjoy gore in the ever more and more popular blood soaked horror film genre, then book will probably keep your interest better than it did mine.

I guess my biggest complaint would be that if you are going to push the envelope so far that complete strangers feel compelled to pray for your eternal soul (I'm not making that up it was on the news when this book first hit shelves) then go somewhere exciting with it. A more..what's the word I'm looking for?...well engaging ending. Or really any ending at all would have bumped this book up at least one star.