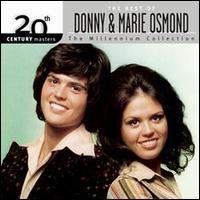 20th Century Masters - The Millennium Collection: The Best of Donny and Marie Osmond (2002)

20th Century Masters - The Millennium Collection: The Best of Donny & Marie Osmond collects a dozen of the brother and sister duo's best-known and definitive performances, including "Leaving It All Up to You," "It Takes Two," "Deep Purple," and "Paper Roses." Though some of the songs the duo tackles venture into rock and disco influences, for the most part their work stayed in the '70s AM pop style that Donny's teenage solo career began with, and is epitomized by songs like "One of These Days" and their version of "Let It ... Read More 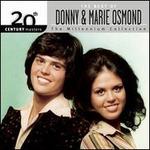 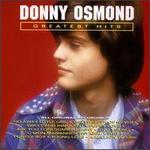